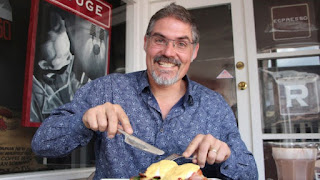 Well, another year over and a new one about to begin. As I enjoy time with my family at the beach I can reflect upon a year that was beyond my expectations.

Over the last few years I have been teaching music in the local schools. It has been incredibly rewarding to help so many young musicians develop and share their talents. To all the children from Lil Pumpkins, Montessori, Tamahere and Rukuhia schools, keep safe and have fun playing music during the holidays.


I was asked to write a school song in 2015. Working with a dozen children at Tamahere, our talented songwriting group crafted a song they can be proud of. I am grateful for the advice on Te Reo from Ellen, Ngira and Shaun.

The album I was recording with Ahmen stalled after the summer holidays but that may soar next year. There were plenty of gigs throughout 2015; solo, duo and with my band. I am blessed to have such an amazing band, especially Daron MacDonald. Respect goes also to my tireless manager, Lesley.

As guest host on the Blues Room my admiration for Nate Taiapa continues to grow. He is a true gentleman and champion of community radio. His enthusiasm for blues music is infectious and I have enjoyed our spontaneous live to air jams in the Free FM studio.

As a hobby I enjoy painting miniatures for tabletop war gaming and role-playing games. Early in the year I coordinated a team of miniature painters from the Waikato to help Peter Jackson with his 4m by 10m Gallipoli diorama of the battle of Chanuk Bair.

The intial request came from Rhys Jones, former Chief of Defence and fellow war gamer, to commemorate the bravery of the New Zealanders, Australians and Turks, who fought on that day in August 100 years ago.

The diorama, with five thousand 54m ANZAC and Turkish troops, is situated in the ANZ New Zealand Room, part of The Great War Exhibition at the old Dominion Museum in Wellington. Entry is free.

The Blue September campaign was phenomenal this year. I was inspired by the people I met and the new, somewhat confrontational direction it took. The message about men taking responsibility for their health is growing stronger. Man up and give prostate cancer the finger!

I also joined up with Nate Taiapa again this year to promote the White Ribbon appeal to end violence against women. As a loving husband with three daughters, I believe there is no excuse for violence in any relationship. Speak out against domestic violence. It's not OK.

I am beginning a new chapter in 2016 as Bishop's Youth Ministry Coordinator for the Waikato (Anglican Diocese). I will be connecting with youth leaders, helping create opportunities for young people to have fun by giving them the guidance and time to learn new skills, empathy for each other and to grow confident in their abilities. To help them appreciate the gifts they have and how much God loves them.

My heartfelt thanks go out to everyone supporting the band, tuning into the Blues Room and coming out to see us live.